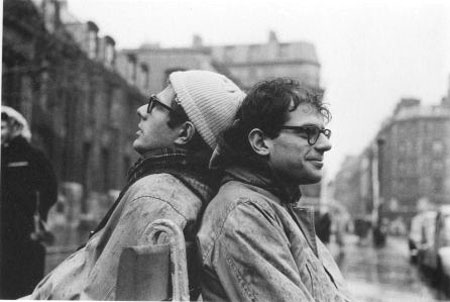 "Peter Orlovsky, longtime partner of Allen Ginsberg and a poet in his own right, died May 30 in Vermont of lung cancer. He was 76.

Orlovsky met Ginsberg in San Francisco in 1954, before Ginsberg wrote his seminal poem, 'Howl.' Published in 1956, 'Howl' was the subject of a 1957 obscenity trial that became a landmark free-expression case. Afterward, Ginsberg and Orlovsky moved to Paris, where they stayed with Gregory Corso, William Burroughs and others in a boarding house that would become known as the Beat Hotel…Although they spent time apart, Ginsberg and Orlovsky's relationship endured for more than 30 years. Orlovsky's poetry was collected by City Lights Books in 1977; three of those poems are online. His papers are at the Harry Ransom Center in Texas."

Below, James Franco as Ginsberg and Aaron Tveit as Orlovsky in the forthcoming Ginsberg biopic, Howl. 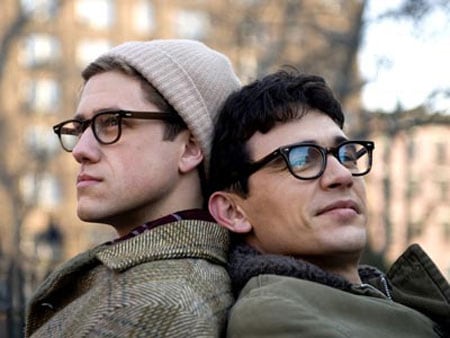 Previous Post: « Sculptor Louise Bourgeois Dies at 98
Next Post: Cristiano Ronaldo Voices Support for Marriage Equality: ‘All Citizens Should Have the Exact Same Rights and Responsibilities’ »