As much as I longed to be an officer, I realized I was not willing to compromise my Integrity to do so.

Mr. President, I tell you this not looking for sympathy but rather to plead with you to do everything possible to end this arcane, discriminatory law. It hurts our military every day to force our men and women in uniform to lie or else face discharge.

You gave me hope that I might be able to serve honestly and openly in your State of the Union Address. If you repeal this law today, I’ll sign up to serve my country tomorrow.

Please do the right thing. Do not let any more service members be fired for being honest about who they are. Please work with Congress and the Pentagon to repeal “Don’t Ask, Don’t Tell” this year. 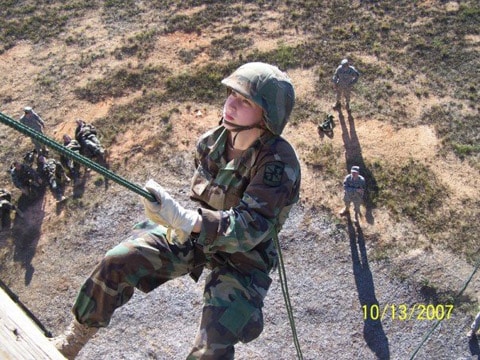 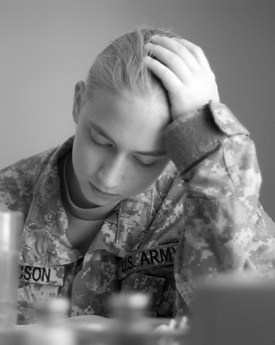 Two Saturdays ago – that’s the day I was looking forward to for four years. May 8, 2010: Commissioning Day.

My parents should have pinned on my rank of Second Lieutenant. I was prepared to take the oath. To swear that I’d support and defend our constitution. But instead, I am writing a letter to you. There was no pinning. There was only the sudden reality that “Don’t Ask, Don’t Tell” still very much exists and is still very much enforced.

I wish that I could tell you stories about my distinguished military career, deployments, and awards. I cannot share such stories. This past January with you as my Commander-in-Chief, the opportunity to prove my merit as an Army Officer was taken away simply because I’m a lesbian.

Inspired by my grandfather’s service, I made it my goal when I was 13-years-old to spend a career as an Army doctor. This dream was a driving force for me throughout high school and helped me to be accepted at the University of North Carolina-Chapel Hill with a 4-year Army ROTC scholarship.

Being a Cadet has been an integral part of my identity since the first day I stepped foot on campus. I worked hard to be the best Cadet I could, and felt an obligation to my future soldiers to be a great officer. I was one of the most committed and dedicated members of my battalion. My efforts were rewarded with an “Excellent” rating this summer at the Leader Development and Assessment Camp, placing me in the top 3 Cadets in my platoon and top 20% of the nearly 5,500 Cadets who passed through Ft. Lewis.

I had the opportunity to spend three weeks at an internship at Walter Reed Army Medical Center, where I decided that I wanted to see what life was like in the active duty Army before attending medical school. Instead of immediately pursuing my medical degree, I was fortunate to receive my first choice active duty placement working in the Air Defense Artillery.

My service to my country has centered on the Army core values: Loyalty, Duty, Respect, Selfless Service, Honor, Integrity, and Personal Courage. My training has instilled these values in me, and I hold them in the highest regard. No one can take them away from me, and without them, I have nothing to fall back on.

In November of last year, I accepted that I’m a lesbian. It was the values of Honor and Integrity that forced me to come out to my Commander. I agonized wondering if I could go through my career lying about who I am, living in fear of being outed, and putting up emotional walls between me and my soldiers—the very people I must trust with my life and who would need to trust me with theirs.