Meet the sloths from Amphibian Avenger on Vimeo.

The videographer writes: "I filmed this at the Aviaros del Caribe sloth sanctuary in Costa Rica – the world's only sloth orphanage. Baby 2 and 3 toed sloths, whose mother's have either been run over or zapped by power lines, are brought to the centre to be cared for by sloth whisperer Judy Arroyo." 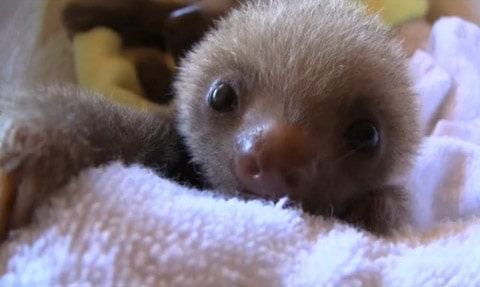 Where one of the seven deadly sins, sloth, is actually encouraged.