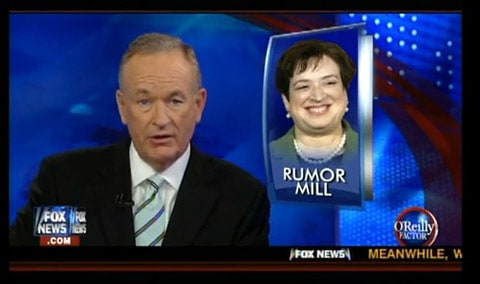 Bill O'Reilly covered the discussion of Elena Kagan's sexuality and whether it matters or not.

Said O'Reilly: "Americans has a right to know if their Supreme Court justice has an orientation that may or may not dictate which way she votes on a vital issue."

Well, then perhaps we should have all the Justices release statements regarding their sexual orientation, just to keep things on the up and up.

Previous Post: « Ryan Phillippe Sad Nobody Got to See his Gay Kiss
Next Post: Liberty Counsel Offers to Back George Rekers in Defamation Suit »