Anti-gay litigation firm the Liberty Counsel has offered to get behind George "Rentboy" Rekers: 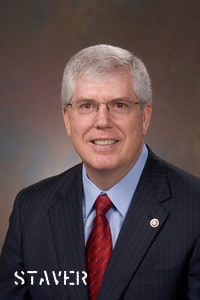 Officials at the Liberty Counsel said Wednesday they would back Mr. Rekers if he followed through on his threat this week to sue media outlets and others for trying to discredit him.

"I think [Mr. Rekers] would have a great case to file a defamation action," said Mathew D. Staver, founder and chairman of Liberty Counsel said.

"I think it was a completely arranged setup," he said, referring to the presence of writers of the free weekly Miami New Times at Miami International Airport when Mr. Rekers and his hired travel companion arrived in the United States April 13.

The Liberty Counsel's Mr. Staver said he believes Mr. Rekers' recent court appearances, in which the professor testified in favor of state bans on gay adoption, became "a major focus of people trying to discredit him as an individual."

"I think that it's the classic [tactic], 'If you can't destroy the message, you destroy the messenger,' … and I think this is a personal attack designed to cast aspersions on his character and reputation," Mr. Staver said.