Foiled in the past by Moscow Mayor Yuri Luzhkov, who has called gay pride parades "satanic" and forbid them in the Russian capital, gay activists have turned to foreign embassies within the city as potential venues for Pride events, Interfax reports: 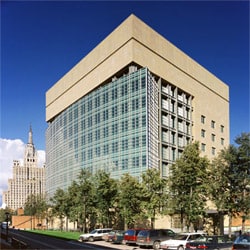 "Gay pride organizers will soon apply to the Moscow mayor office for the approval on holding a parade in the capital, the action may take place in the territory of an embassy of the EU countries, the pride organizer Nikolay Alexeyev told Interfax.

According to him, organizers are thinking over different options and routes for the action. 'Anyway, we’ll make several applications for different variants in downtown Moscow,' he said.

Alexeyev did not exclude a possibility of holding the parade in a territory of an embassy of EU countries as the Moscow city authorities ban the action every year. 'We turned to ambassadors of the EU states and ambassadors of Canada, the USA and Australia in Moscow with a request to hold a public action in the territory of the embassy,' he said.

According to him, deputies of national EU parliaments and activists from other European countries are expected to participate in Moscow gay pride."

Previous Post: « Photo: Jake Gyllenhaal and Adam Lambert Share a Sofa
Next Post: Fred Phelps Was a ‘Brilliant’ Civil Rights Lawyer Before He Started Hating Gays for a Living »