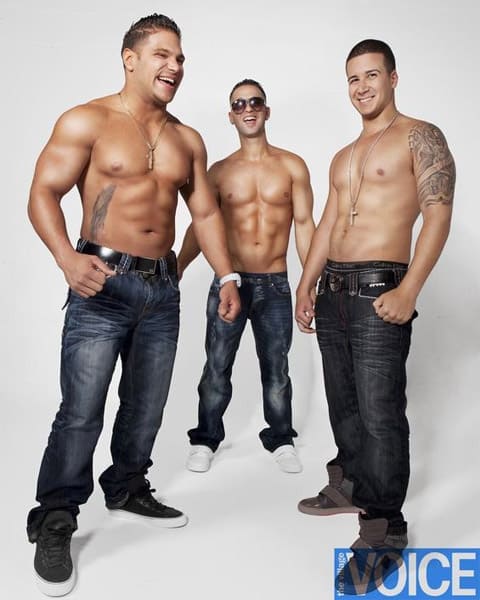 And here's a slideshow. 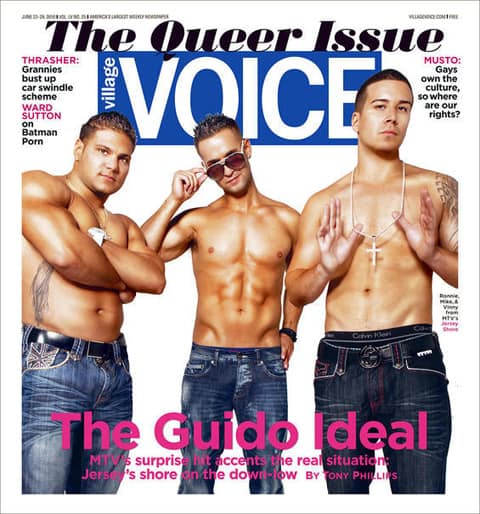 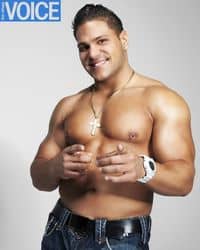 Page Six reports: "The guys of MTV's 'Jersey Shore' were more than pumped when the Village Voice asked them to pose in all their muscled glory for the cover, but it didn't tell them it was for the annual 'Queer Issue.' Camera-friendly Vinny Gaudagnino, Ronnie Ortiz-Magro and Mike 'The Situation' Sorrentino agreeably doffed their shirts and flexed their abs — but spies said the lady-killing trio will be shocked to see how the shot's being used. 'They didn't know," said a source. The photo hits stands today under the banner 'Queer Issue' and above the headline 'The Guido Ideal' — a story about 'gay Jersey guidos on the down-low.' Our source added, 'The paper's not saying the cover boys are gay, just that that they're hot.' The issue includes a sidebar on the guys and the new "Jersey Shore" season. An MTV rep didn't return calls."

And here's the story on Guidos on the Down Low.

One more shot of the shirtless trio, AFTER THE JUMP… 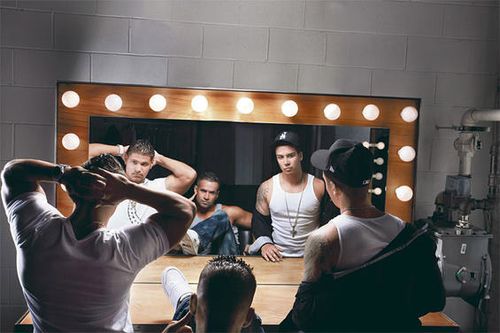 Previous Post: « Watch: Scissor Sisters Lend Country Twang to Kylie Minogue’s ‘All the Lovers’ on BBC Radio
Next Post: Watch: Is it Raining Oil in the Suburbs of New Orleans? »