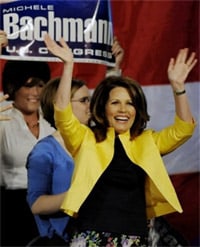 They have to lift the liability cap…But if I was the head of BP, I would let the signal get out there — ‘We’re not going to be chumps, and we’re not going to be fleeced.’ And they shouldn’t be. They shouldn’t have to be fleeced and make chumps to have to pay for perpetual unemployment and all the rest — they’ve got to be legitimate claims…The other thing we have to remember is that Obama loves to make evil whatever company it is that he wants to get more power from. He makes them evil, and what we’ve got to ask ourselves is: Do we really want to be paying $9 for a gallon of gas? Because that could be the final result of this.”

Bachmann later said, “I said that I was concerned that Washington, the Obama administration, could use it as a permanent ATM…I want to make sure everyone knows I’m not a shill for BP.”

Incidentally, Barton tried to backtrack on his statement apologizing to BP for the White House "shakedown".

While questioning Hayward in the afternoon, Barton offered an apology if his earlier comments were "misconstrued."

"If I might take a small point of personal privilege I want to be absolutely clear that I think BP is responsible for this accident, should be held responsible and should in every way do everything possible to make good on the consequences that have resulted from this accident," he said. "And if anything I said this morning has been misconstrued to the opposite effect I want to apologize for that misconstrued misconstruction."

In a statement he made his apology more explicit. "I apologize for using the term 'shakedown' with regard to yesterday's actions at the White House in my opening statement this morning, and I retract my apology to BP," he said. "…I regret the impact that my statement this morning implied that BP should not pay for the consequences of their decisions and actions in this incident."

VP Joe Biden responded angrily to Barton's remarks. Watch it, AFTER THE JUMP… 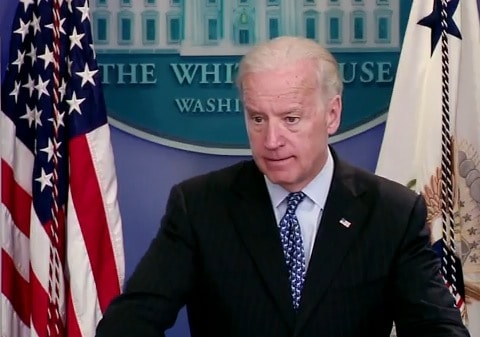