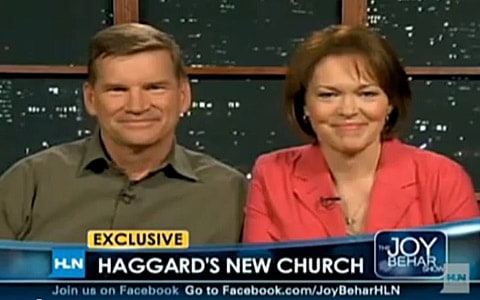 Ted and Gayle Haggard spoke with Joy Behar on Friday about their new church.

They weren't sure how many people would show up. Behar asked them if gays would be welcome.

Snaps Behar: "Homosexuality is not a sin."

"[Mikey] Manschot told the St. James congregants that, while others ridicule him for his sexuality, Haggard is accepting.'I like Ted’s church because it’s open to everyone,' Manschot said after the service."