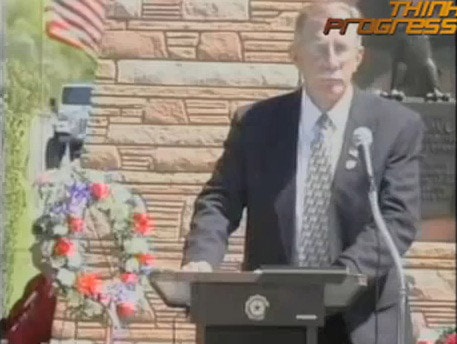 Yuma, Arizona mayor Al Krieger says that George Washington and Abraham Lincoln would have agreed with remarks he made on Memorial Day about gays in a speech honoring soldiers who had fought and fallen for our country, Think Progress reports.

Said Krieger on Memorial Day: "I cannot believe that a bunch of lacy-drawered, limp-wristed people could do what those men have done in the past."

Krieger defended his remarks in a recent interview with KYMA: "I’m reluctant to compare myself to George Washington or Abraham Lincoln, but I did get some feedback, and I don’t think I said anything different than what they would have said."