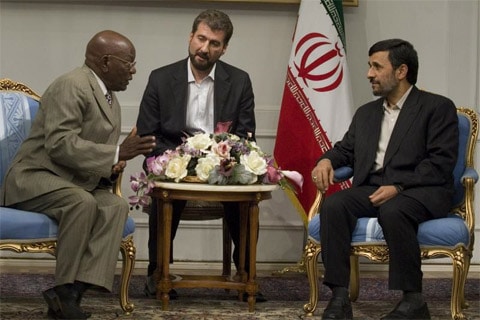 Zimbabwe Minister of Presidential Affairs and Zanu Didymus Mutasa (With Iran's Ahmadinejad, above) says he'll see to it that homosexuality is outlawed in the country's new constitution:

"As a party, we now have our positions for inclusion in the new constitution and we hope these will be captured accurately. Practices such as homosexuality, abortion and euthanasia which offend human and public morality should be outlawed. We are surprised that some Christian organisations are advocating for gay rights to be included in the constitution, yet we know that gay marriages are even forbidden in the Bible.”