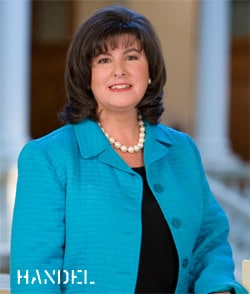 He points to a contentious interview Handel did with 11Alive in which she proudly spews her bigotry, which you can watch, AFTER THE JUMP…

A: I am against gay adoption. But remember — I mean, if there is legislation on that, certainly I will follow that and look at it. But in the end, ultimately courts are going to be the ones to have to make the decision on that and it’s always in the best interests of the child. Do I think that gay parents is in the best interest of the child? No. But we do have our court system that deals with many and most of those issues.

A: Yeah, I would consider that, absolutely.

Q: Do you know any gay couples with children?

Q: So you think gay couples are less qualified to function as parents than straight couples?

Q: Is it better or worse than a single parent household?

A: Doug, I’m really trying to be straightforward with you but I’m not going to debate all the nuances. I’ve made it abundantly clear that I think that marriage is between a man and a woman. And that’s what I believe, and I don’t know what more you would like me to add to that.

Q: I guess I want to know why you think gay parents aren’t as legitimate as heterosexual parents.

And that last line just nails it on the head. She’s an outright bigot.

Deal just produced a TV ad attacking Handel on just those issues. Watch it,
AFTER THE JUMP… 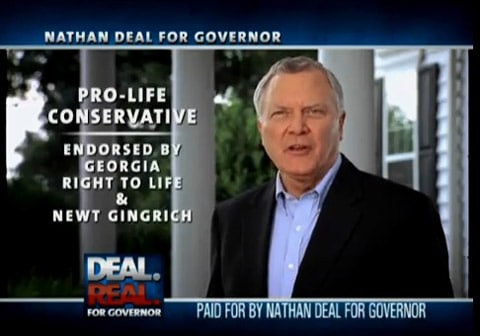