Sarah Palin's PAC has begun to reveal its financial force: 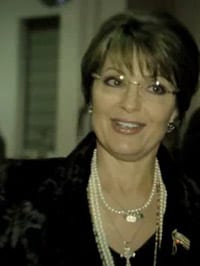 "The report, filed with the Federal Election Commission, shows that Palin’s political action committee raised more money in the second quarter of this year – $866,000 – than it had in any previous three-month stretch since Palin formed the group in January 2009.The committee, SarahPAC, also spent nearly twice as much – $742,000 – as it had in any previous quarter, the lion’s share of which went to the type of list-building and fundraising (including its first major direct-mail campaign) that typically undergird top-tier political committees."

The AP reports: "Candidates receiving money from Palin for the period covering April 1 to June 30 include former Gov. Terry Branstad, who won last month's Republican gubernatorial primary in Iowa, and Joe Miller, who's challenging Alaska U.S. Sen. Lisa Murkowski in the August GOP primary. Each received $5,000.Among Palin's other high-profile endorsements, Republican Carly Fiorina, who's running for the U.S. Senate from California, received $2,500.Sharron Angle, who's challenging U.S. Senate Majority Leader Harry Reid in Nevada, also got $2,500. Nikki Haley, who's running for governor in South Carolina and for whom Palin personally campaigned, got no money, according to the filings."

Politico notes: "Though the stated purposes of political action committees like SarahPAC are to boost like-minded candidates through contributions and appearances on their behalf, it’s become common for prospective presidential candidates to use such committees to pay for political staffs and travel before formally declaring their candidacies – as well as to collect chits by contributing to potential allies."