Samantha Ronson and Joan Rivers are in the middle of a Twitter war over Lindsay Lohan.

Hearing delayed for those two marines who are accused of a hate crime in Savannah.

The Chicago Gay and Lesbian Hall of Fame is taking nominations. 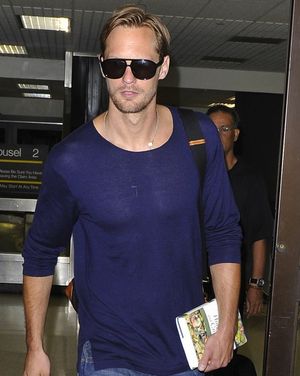 Report about Argentinian Cardinal's views on gay marriage in that country: "'Let's not be naive, we're not talking about a simple political battle;
it is a destructive pretension against the plan of God,' writes
Bergoglio in a letter sent to the monasteries of Buenos Aires, where he
is archbishop. 'We are not talking about a mere bill, but rather a
machination of the Father of Lies that seeks to confuse and deceive the
children of God.'"

Freelance writer Ted Cox infiltrated a camp called Journey Into Manhood which claims to turn gays totally straight (yeah, right): “'They’ll take any sort of negative event in your life, any kind of negative thing in your childhood and say, ‘A-ha! That’s why you’re gay,' Cox contended, claiming one participant struggled to come up with something in his life that made him feel isolated; the man then pointed to a time in childhood when his father shooed him away because he was reading a newspaper. The participant proceeded to act out beating his father with a bat, Cox said."

Tar balls wash up on the non-Gulf side of Florida. 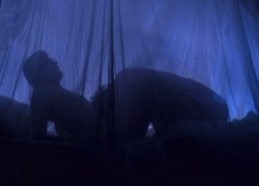 Austin Scarlett and Santino Rice get their own roving fashion show called On the Road with Austin & Santino.

The Kids Are Alright, star Mark Ruffalo on marriage equality: "It's the last dying, kicking, screaming, caged animal response to a
world that is changing, a world that's leaving a lot of those old,
bigoted, un-accepting views behind. It's over."

Sarah Palin her lack of eloquent tongue by tweeting this about the President: "He's got most disconnected, backasswards plan ever imposed on the country we love."

The World Cup is over but most importantly, Paul the psychic octopus predicted the winner correctly.

Previous Post: « Hawaii Governor Linda Lingle: ‘First Cousins Couldn’t Marry, Or A Brother And A Sister And That Sort Of Thing’
Next Post: Interview With A Robot »