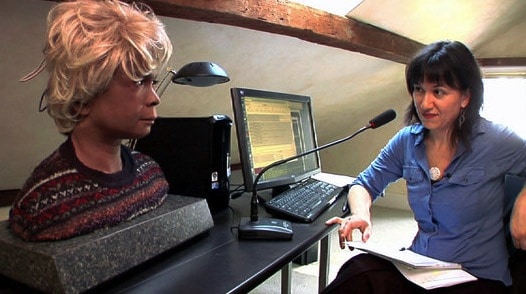 Amy Harmon of The New York Times decided to interview a robot for a piece published in the paper earlier this week. It's a very odd, yet fascinating conversation with the soccer mom hairdo-sporting robot, named Bina48, who acts and sounds like a character straight out of the Stepford Wives.

Bina48 even confesses to Harmon that she wants to conspire to take over the planet. I wish I was joking about that last bit.