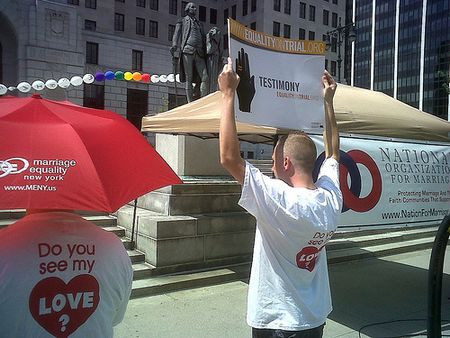 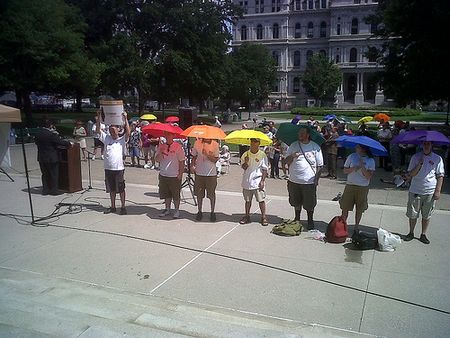 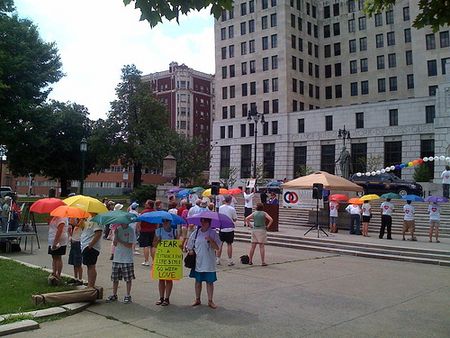 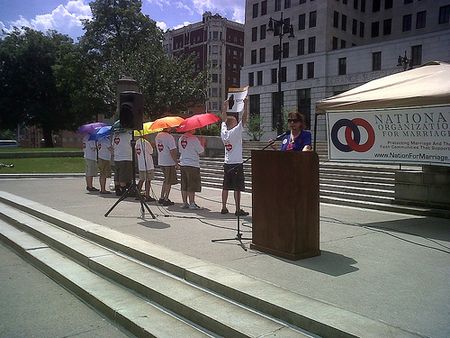 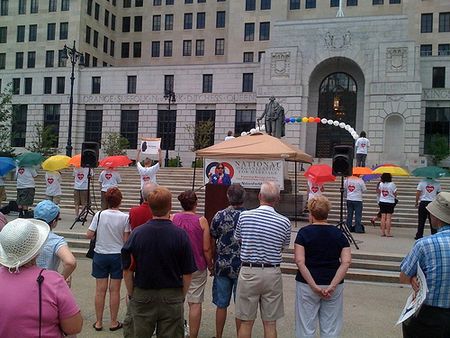 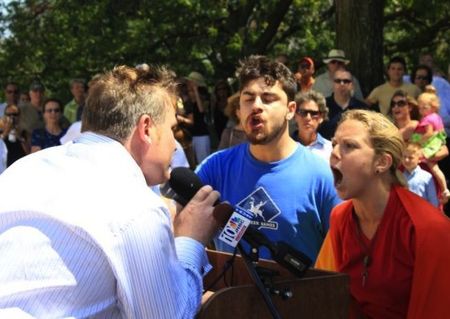 NOM parked their BP-filled tour bus by the steps of the Rhode Island state Capital in Providence this afternoon and participated in yet another lowly attended rally for their “One Man, One Woman’’ campaign.

A couple of pro-gay activists stormed the NOM podium and NOM president Brian Brown, in his typical scaremongering and sensationalist way, tweeted pictures that he's tagged with overtly alarmist terminology, referring to the "militancy and incivility" of the counter protesters. Brown also tweeted a picture of a gay rights activist and has hilariously dubbed the man “The face of intolerance.” Funny, 'cause I thought this was the face of intolerance. 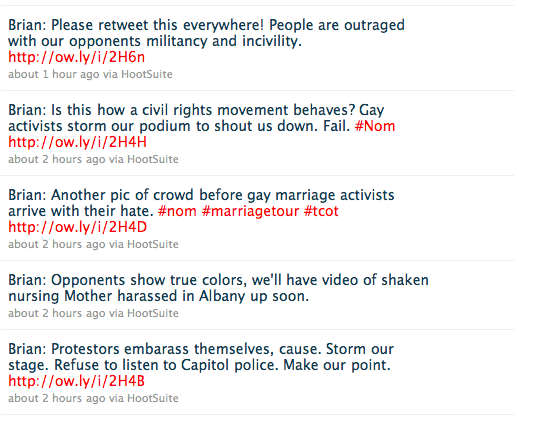 Brown also managed to contradict himself in two separate descriptions of how the the Rhode Island Capital police responded to the "militant" pro-gay protesters. He tweeted: "Protestors embarass themselves, cause. Storm our stage. Refuse to listen to Capitol police." But then in a post on the NOM site (visit it here if you dare), writes, "…I was physically surrounded by three people trying to shout me down as Capitol Police did nothing."

NOMpresident Brian Brown also tweeted that a rainbow flag-colored umbrella protest in Albany yesterday in Albany was the "Silliest.Protest. Ever."

More pictures of the two protests as well as a video clip, AFTER THE JUMP.