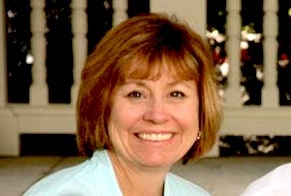 In a radio interview done within the past few weeks, Sharron Angle, the Republican senate candidate from Nevada, insisted that in a hypothetical case of a girl raped by her father, abortion would still be unacceptable:

"My own personal feelings, and that is always what I express, my personal feeling is that we need to err on the side of life. There is a plan and a purpose, a value to every life no matter what its location, age, gender or disability. So whenever we talk about government and government's role, government's role is to protect life and that's what our founding fathers said, that we have to protect life, liberty and the pursuit of happiness.

"Two wrongs don't make a right. And I have been in the situation of counseling young girls, not 13 but 15, who have had very at-risk, difficult pregnancies. And my counsel was to look for some alternatives, which they did. And they found that they had made what was really a lemon situation into lemonade."

Raped by your father = lemon. Raising your child/sibling by that father as a teenager when the father is hopefully in prison = lemonade.

Angle and other Republicans in tough races will be the beneficiaries of $200 million to $300 million in spending on their behalf by various conservative interest groups. Considering the vast majority of these candidates' views on gay issues as well, that's enough lemons to make lemonade for us all.