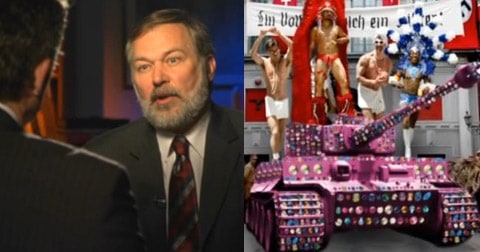 On last night's Daily Show, Jason Jones made a complete mockery out of anti-gay wingnut Scott Lively and his theory that Adolf Hitler and the Nazis were gay.

After Lively explains that the Nazis murdered homosexuals to cover up the fact that they, too, were secretly gay, Jones asks: "So that which you hate the most, you secretly are?"

With a special appearance by our own Corey Johnson, and friends David Mixner, Dan Choi, Michael Crawford, and Jamie McGonnigal. 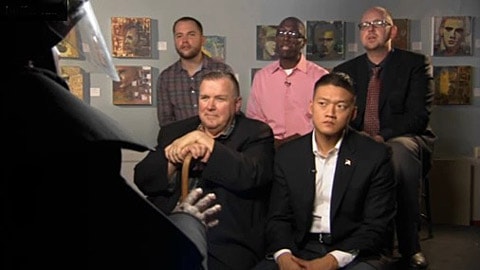