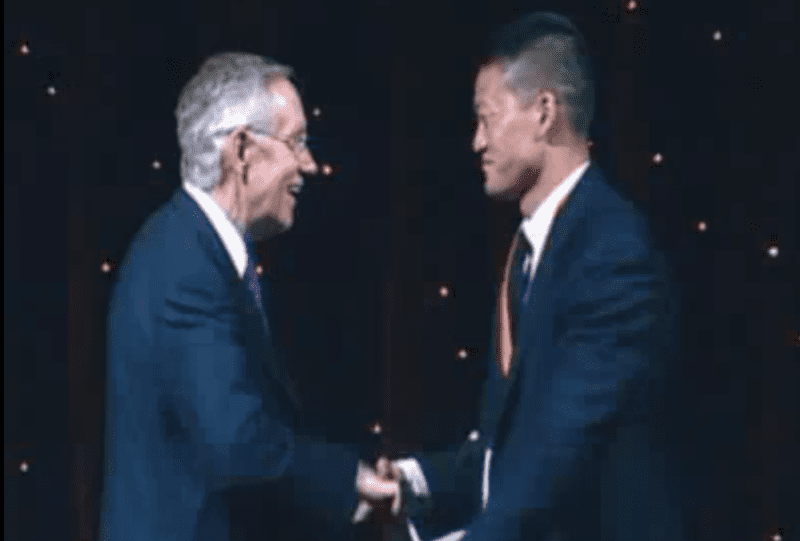 It happened at Netroots Nation yesterday. Reid said that he would give the ring back to Lieutenant Choi, who received his official discharge letter from the military on Friday, once DADT is repealed. Choi can be heard telling him on stage, after the two hug, that he will hold him to his promise.

He won't be the only one.