Don't be evil: Is Google in a secret deal with Verizon to kill Net Neutrality? 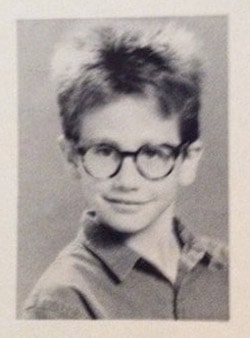 Tweets: How celebrities responded to the Prop 8 ruling.

Bizarre trading bots have infiltrated the nation's stock exchanges: "In fact, it's hard to figure out exactly what they're up to or gauge their impact. Are they doing something illicit? If so, what? Or do the patterns emerge spontaneously, a kind of mechanical accident? If so, why? No matter what the answers to these questions turn out to be, we're witnessing a market phenomenon that is not easily explained."

Enrique Iglesias holds up his end of a World Cup bet and waterskis naked.

Rufus Wainwright on Kylie Minogue: "I first saw [her] in her video for 'Can't Get You Out of My Head' and was instantly smitten — but also a little scared. 'Finally, a white Grace Jones!' I thought, and on one hand wanted to see her, but only as long as it wasn't in a dark alley: Her pulsing sexuality interferes with my gaydar, and who knows what horrible things could happen!" 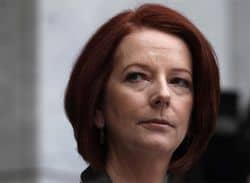 Now the defense in the murder trial of Lawrence King's teen killer Brandon McInerney wants the venue changed: "Defense lawyers say their client, Brandon McInerney, can't get a fair trial in Ventura County, in part because of pre-trial publicity. Judge Charles Campbell will hear the motion on Aug. 23." They will do anything possible to delay this trial.

Maggie Gallagher freaks out in the SF Chronicle: "If this ruling is upheld, millions of Americans will face for the first time a legal system that is committed to the view that our deeply held moral views on sex and marriage are unacceptable in the public square, the fruit of bigotry that should be discredited, stigmatized and repressed. Parents will find that, almost Soviet-style, their own children will be re-educated using their own tax dollars to disrespect their parents' views and values." 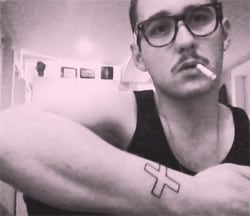 A young man talks about his HIV diagnosis, and the tattoo he got to mark it (site NSFW).

You can now visit Jane Lynch at Madame Tussaud's.

AFA's Tim Wildmon calls for impeachment of Prop 8 Judge Vaughn Walker: "Well, this ruling is bad behavior – in fact, it’s very, very bad behavior – and we call on all members of the House of Representatives who respect the Constitution to launch impeachment proceedings against this judge." Bitch, please.

Google Wave is finished: "The service will remain live, says Google, although they say it may eventually come down. Google has also open sourced parts of the code and say they will create tools to let users 'liberate' their data…"