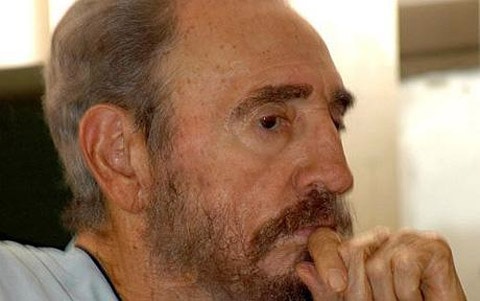 – Who, then, was directly or indirectly responsible for not putting a stop to what was happening in Cuban society?  The Party? Because the Communist Party of Cuba still does not 'explicitly' ban discrimination based on sexual orientation.
– No – says Fidel - If someone is responsible, it's me…
"It is true that at the time I could not take care of that issue… I found myself immersed, primarily, in the October Crisis [as the Cuban Missile Crisis of 1962 is known in the island], in war, on political matters…"
– But this became a serious and grave political problem, Comandante.
– Understood, understood … We didn't know how to give it value … systematic sabotages, armed attacks were happening all the time; we had so many problems, some terrible, problems of life or death – you know? – at we did not give it enough attention.

Read the full translation at Blabbeando.