Kristin Chenoweth on the reaction caused by her speaking out against the Newsweek article in which she defended Sean Hayes and other openly gay actors: “If it was a way to get the conversation started then I’m very happy. I said exactly what I needed to in that article and I stand by everything that I said.” 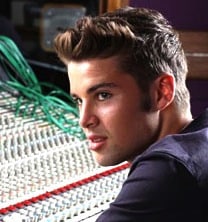 Joe McElderry grateful for the support he's received since his coming out. One of those supporters, Simon Cowell, is "thrilled" about his decision.

The US version of the incredibly raw UK show "Skins" has changed the original show's gay dancer character with that of a lesbian cheerleader.

Dick Cheney in the hospital after heart surgery.

Texas Senator Kay Bailey Hutchison won't vote to confirm Elena Kagan: “Her decision on military recruiters while at Harvard gives evidence of her personal views instructing her professional decisions in order to promote a social agenda. I simply cannot reconcile Ms. Kagan’s sparse record and my concerns about whether she will be an impartial arbiter of the law and so I will oppose her appointment."

Don't be surprised to find out your Blackberry doesn't work in the UAE.

Sarah Palin's focus will certainly change over the next 2 years: "I've never committed to running for president. That's not where my focus is."

Those affected by the BP Oil spill might get a lump sum payout. 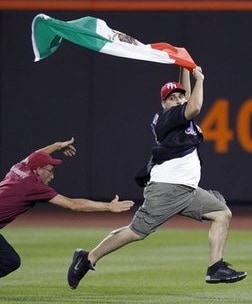 I don't think Tiger Woods marrying one of his mistresses would improve his PR image.

A Neil Patrick Harris-helmed
Rent prepares to take over the Hollywood Bowl next weekend.

Eddie Munster gets a Mrs. Munster.