We all know that managers of professional sports teams can get a little worked up over certain calls made by umpires. It looks like Brent Bowers, the manager of the Golden Baseball League team, the Edmonton Capitals, may have crossed the line. Bowers was ejected from a game wherein his team was playing after he confronted openly gay umpire, Billy Van Raaphorst and dropped the f-word. 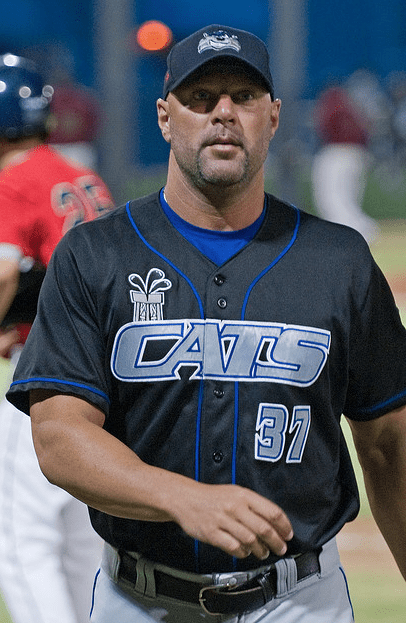 The Edmonton Journal fills us in on what Bowers is alleged to have said to Raaphorst when he lost his temper:

Raaphorst's official report of Bowers ejection cited Bowers saying: "You know what I heard? I heard you are a (expletive) faggot. The rumour from several managers and people at the league is that you are a fag. The report adds that Bowers hollered: "I ought to kick your ass, you faggot."

Some are even calling this a hate crime.

Initially, there was some confusion as to whether or not Bowers was fired or had resigned.  The team's president, Patrick LaForge clears things up:

"Brent's activities, in our terms, went beyond what's acceptable. We support the Golden Baseball League in their decision to suspend him for the balance of the season, and we further support Brent's decision to resign."

"We did not ask for him to resign. He has chosen to resign and get on with his life."

Asked why the club didn't summarily terminate Bowers, LaForge said: "I think he got it (resignation) out of his mouth before we could say it. We were going through the process of reviewing the league's decision on the suspension and its implications on us as an organization. I was with Brent at the time and he took it upon himself to resign."

Bowers, who has admitted to directing the hateful words to Raaphorst, has been ordered to pay a $5,000 fine.