A new weapon involving the naked gay cowboys of the Ram Ranch has emerged for Canadians pushing back against the so-called “Freedom Convoy” that has occupied Ottawa and other Canadian municipalities over the last month: a hardcore ballad about 18 gay cowboys getting it in the showers titled “Ram Ranch.”

The 2015 track all about “naked cowboys in the showers at Ram Ranch” was originally written by Grant MacDonald as a thumb to the eye of the Nashville country music scene after song submissions focused on gay love were rejected. But the song has taken on new life as Canadian citizens continue to combat the convoy led by white nationalists, Canadian separatists and anti-vaxxers under the guise of protesting personal freedoms.

“I couldn’t have been happier when I heard it was the anti-convoy group using the song. I love how it plays with (the truckers’) heads,” MacDonald told the Ottawa Citizen. “I appreciate my anti-convoy fans in Ottawa and all across Canada so much.”

Thank you for your interest in Ram Ranch Citizen Weaponry.

Reflexive, performative disgust around gay content immediately seizes your truckers.
“No homo” takes clear precedence over maintaining, expanding protest blockades.
With repeated use, just a few notes — wherever, whenever — drives them to make an immediate and involuntary cry of disgust (or that looks involuntary).
Contagious homo panic leads to mass exodus.

So valuable and successful has been the use of the song as a tool to disrupt the trucker blockade that citizens working to drive the truckers out now organize as the “Ram Ranch Resistance.” Their goal is to rid their city of the small group of truckers that has effectively shut down downtown Ottawa and greatly hindered citizen and business activities in other Canadian cities over the last month.

The Resistance has infiltrated the truckers enough that “Ram Ranch” disrupts many of the Truckers’ group chats on Zello, the walkie-talkie app used by convoy supporters to organize and communicate. The explicit tune plays on conservative sensibilities and homophobic tendencies, trolling and disrupting communications and coordination of those demanding the Canadian government lift its vaccine mandates.

One user even took it upon themself to rename a convoy supply center outside of Ottawa baseball stadium RCGT Park to Ram Ranch Cafe on Google Maps. MacDonald himself is lending his voice to the movement, producing a version of “Ram Ranch” specifically addressing the convoy with lines like “Trucker boys in their big rigs, in their sleepers, stark naked. Holy jeepers creepers.”

The various uses of the song as a counter-protest tool generated plenty of humorous reactions online, but, at the same time, it has proven effective in actually fighting back against the radicalized convoy participants.

Perfect Weapon for your Citizens: Zero danger for user. Enemy can’t toss back or use on you. Even makes your citizens healthier

Teagan McLean utilized “Ram Ranch” as part of his efforts to break up the Ambassador Bridge convoy offshoot in Windsor. According to the Ottawa Citizen, McLean infiltrated the group’s Zello chats over a five day span earlier this month. He quickly rose in rank and trust with convoy supporters in their Zello channel, becoming a channel moderator and briefly meeting with the group in person.

When others opposing the convoy began disrupting the Zello channel, including multiple uses of “Ram Ranch,” McLean shepherded the group into another Zello channel he created that became the go-to spot for convoy participants in Windsor. Shortly before a court injunction against the convoy was set to go into place last Friday, McLean quietly removed moderator status from all but himself and reassigned those roles to fellow convoy opponents.

“Ram Ranch” echoed into the app from every direction minutes before police broke up the protest.

“It was definitely a lot of fun and almost too easy,” McLean said. “I had moderators turning against moderators, supporters turning their back on the moderators and what they stood for. It was priceless. It was comedy gold.”

Though using “Ram Ranch” is definitely funny, its use in cooperation with other anti-occupation tactics provides a partial blueprint for pushing back against the convoy. “These people have overstayed their welcome. They need to stop terrorizing the citizens of Ottawa and go home,” McLean said. “They can go peacefully – they say they’re peaceful protesters – or the police can come in. What happened in Windsor is going to happen in Ottawa.” 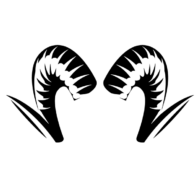 Something Stronger? thanks for your inquiry

Ram Ranch Dressing : Thanks for asking about other products

— Ram Ranch Randy Rick Rolls and Video bombs prove Ram Ranchers are naked and flexible.
Current model: “Naked Cowboy Chorus: Together Forever Through the Decades”.
Best Use: slip into church or class YouTube queue. Anarchists, Nihilists might set randomly acdross internet.
For Outdoor use, request a Ram Ranch Flat Sheet. Best Use: NASCAR parking, Public park, Truck Stops.
— RRCowboys Care, WE GIVE BACK: (and front) Ram Ranchers sleep naked under duvets. We donate our extra top sheets to your video program. Around holidays we send impossibly hard fruit candy to make you all Happy Ranchers.
— For the Biggest Ram Ranch Bang, qualify for A Ram Ranch Discovery Weekend. Intense hands-on learning. You will be exhausted but you will know all you need to mount the Ram Ranch X Live Show (Like “Ted X”, but with “XXX” quality). Take over streets, stages. Guaranteed Cringe Strafing and bombs for maximal impact.
–And finally, an encore. A Neutron Battering Ram