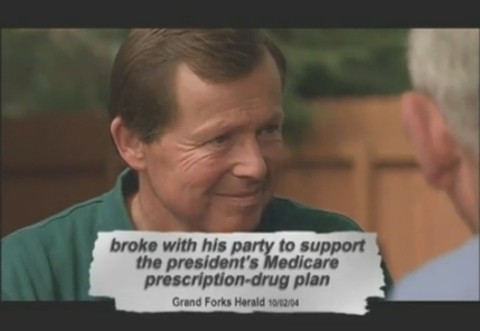 Well here's something queer: a Democrat playing up his connections to the Republicans, namely George W. Bush. Apparently North Dakota Rep. Earl Pomeroy wants to hedge his bets and stress his agreement with the former President to win over some undecided independents or Republicans.

Watch "Difference," AFTER THE JUMP…