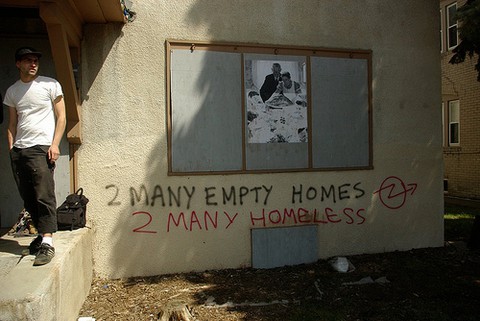 Socially conservative Christians try to claim they have a handle on religion. That's their holy domain and they alone know how to use it, which explains why so many religious institutions — the Catholic Church, the Mormons, and the Evangelical system — attempt to say what's right, yet often turn out to be so wrong.

As so many gay activists and their allies have pointed out in the past, these right wing groups take the name of Christianity and pervert it to meet their own discriminatory ends. I would like to build on that argument by directing everyone's attention to Affirmation, the gay Mormon group, because they know what it means to be a good Christian, fighting for the underdog.

Leaders of Affirmation, a support group for gay and lesbian Mormons, plan to draw attention to the plight of gay homeless youths by spending a night on the streets of San Francisco.

David Melson, George Cole and Micah Bisson, in a news release, say they will spend 20 hours, from Oct. 6-7, living as if they were homeless before Affirmation’s annual conference Oct. 8-10.

Affirmation is, and forgive the awkward metaphor here, killing two birds with one stone: they're not only proving themselves to be bigger Christians than anti-gay opponents, but they're also drawing attention to a serious and persistent social problem.

The LGBT angle of homelessness aside, who else here considers it insane we Americans, and humans in general, simply accept that there's an entire population without a place to live? Seriously, think about it: there are millions of people who don't have a home, one of the most essential components to health and happiness, and even more millions of people simply ignore them. It's nuts — and not the good kind.

Good work, Affirmation. You're besting the rest of us.

Previous Post: « Phelps Funeral Protest Case Heads To Supreme Court Next Week, Presenting U.S. With Fundamental Questions
Next Post: Eddie Long Accuser Jamal Parris Speaks Out: ‘He Was Like A Dad To Me’ »