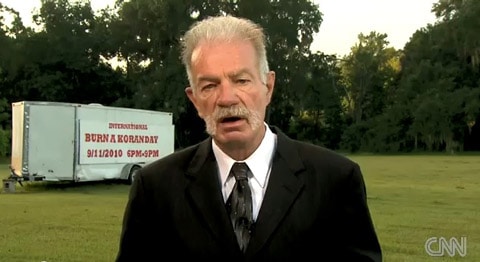 CNN reports that General David Petraeus has spoken out against Jones' plans: 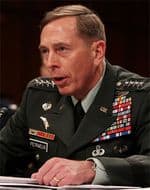 "Gen. David Petraeus, the commander in Afghanistan, said the burning of Islam's holy books "could cause significant problems" for American troops overseas. 'It could endanger troops and it could endanger the overall effort in Afghanistan,' Petraeus said in a statement issued Monday. With about 120,000 U.S. and NATO-led troops still battling al Qaeda and its allies in the Islamic fundamentalist Taliban movement, Petraeus warned that burning Qurans 'is precisely the kind of action the Taliban uses and could cause significant problems — not just here, but everywhere in the world we are engaged with the Islamic community.' Petraeus said he was concerned by the political repercussions of the church's plan. 'Even the rumor that it might take place has sparked demonstrations such as the one that took place in Kabul yesterday,' he said. 'Were the actual burning to take place, the safety of our soldiers and civilians would be put in jeopardy and accomplishment of the mission would be made more difficult.' He said extremists would use images of burning Qurans to inflame public opinion and incite violence."

Watch CNN American Morning's interview with Jones, AFTER THE JUMP…

You may recall Jones' church was behind the "No Homo Mayor" attacks on Gainesville Mayor Craig Lowe.