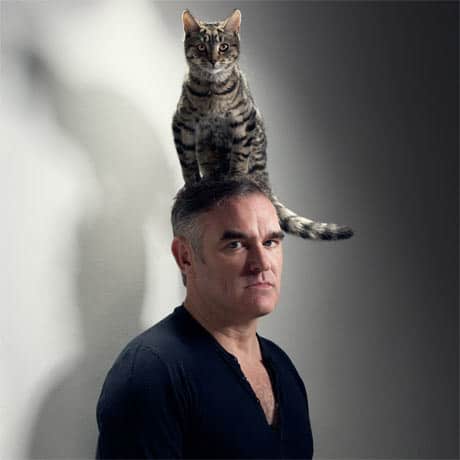 A comment Steve mentioned in the round-up yesterday made by former Smiths frontman Morrissey in a Guardian Weekend interview has inspired outrage:

"Did you see the thing on the news about their treatment of animals and animal welfare? Absolutely horrific. You can't help but feel that the Chinese are a subspecies."

"I thought at the time it was a dangerous thing to say into a tape recorder. He must have known it would make waves, he's not daft.But he's provocative and theatrical, and it was one of dozens of dramatic pronouncements. I'm not an apologist for that kind of remark, and couldn't ignore it. But clearly, when it comes to animal rights and animal welfare, he's absolutely unshakable in his beliefs. In his view, if you treat an animal badly, you are less than human. I think that was his point."

"If anyone has seen the horrific and unwatchable footage of the Chinese cat and dog trade – animals skinned alive – then they could not possibly argue in favour of China as a caring nation. There are no animal protection laws in China and this results in the worst animal abuse and cruelty on the planet. It is indefensible."

The group Love Music Hate Racism has called on Morrissey to rescind the comments.

Previous Post: « General Petraeus Speaks Out Against Pastor’s Plans to Burn Quran
Next Post: Not Even an Arm-Crushing Boulder Would Stop James Franco from Getting Himself Off »