Statement by Charles Robbins, Executive Director of The Trevor Project, in response to the recent death of Billy Lucas, who died by suicide as a result of ongoing school bullying in Greensburg, IN:

"We are saddened to once again hear of another young person who died of suicide as a result of school bullying. Billy Lucas, a 15-year-old at Greensburg High School stood out among the 630 students in the school because he was different. Other students perceived that Billy was gay and he was relentlessly tormented as a result.

Currently, there is no national standard to protect all of our children from bullying and harassment at school. Yet, we know that as many as 1 in 10 sexual minority youth have been physically assaulted at school, and that when youth are threatened or get into fights, or have property stolen at school, their risk of attempting suicide more than doubles. That is why The Trevor Project supports fully inclusive federal legislation, like the Safe Schools Improvement Act currently under consideration in the Senate, to offer the protections all of our children need from torment and ridicule at school, regardless of their real or perceived sexual orientation or gender identity.

Only with an enforceable national standard that offers resources and support to educators and staff, no matter the size of a school district, will we be able to prevent future tragedies like Greensburg High School has experienced. The death of Billy Lucas is a tragedy, and one that might have been prevented if his school district had the support of a fully inclusive anti-harassment and anti-bullying law." 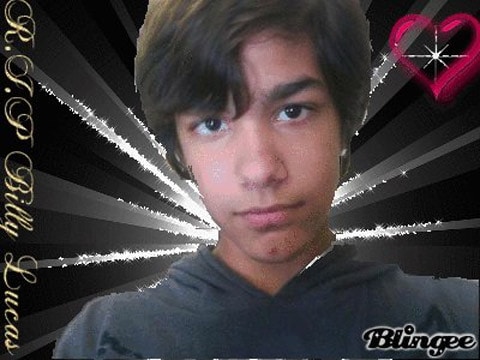 Tragic news to report from Indiana. Like Jaheem Herrera, Carl Walker-Hoover, and Eric Mohat, 15-year-old Billy Lucas' suicide appears to have been inspired by anti-gay bullying at school.

"The 15-year-old never told anyone he was gay but students at Greensburg High School thought he was and so they picked on him. 'People would call him 'fag' and stuff like that, just make fun of him because he's different basically,' said student Dillen Swango. Students told Fox59 News it was common knowledge that children bullied Billy and from what they said, it was getting worse. Last Thursday, Billy's mother found him dead inside their barn. He had hung himself. Students said on that same day, some students told Billy to kill himself. 'They said stuff like 'you're like a piece of crap' and 'you don't deserve to live.' Different things like that. Talked about how he was gay or whatever,' said Swango."

News report, AFTER THE JUMP…

"Friends of Lucas say that he had been tormented for years. 'Some people at school called him names,' Hughes said, saying most of those names questioned Lucas' sexual orientation, and that Lucas, for the most part, did little to defend himself. 'He would try to but people would just try to break him down with words and stuff and just pick on him,' Hughes said."

A memorial to Billy has gone up on Facebook.

Watch WXIN's report, interviews with students, and a statement from suicide prevention group The Trevor Project, AFTER THE JUMP…