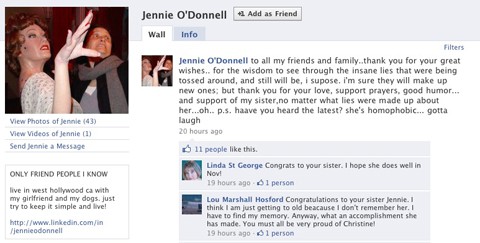 As Good As You notes, she 's just an "ex-gay" therapy proponent who has compared homosexuality to pedophilia, adultery, eating disorders, and drugs. She also used plenty of gay-baiting in her recent primary campaign against Mike Castle.