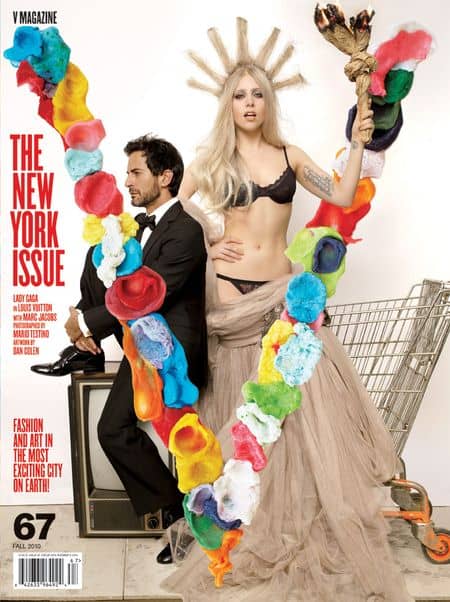 The two grace the cover of the new issue of V Magazine which highlights those who "are making the city their own way." The mag's editor on why he chose Gaga for the cover: "Just as the Statue of Liberty was France's gift to America, Gaga is, to us, New York's greatest gift to pop culture and fashion."

Based on his pose, Jacobs doesn't think much of the gift of Gaga.