A new survey from the UK's Office for National Statistics, the largest pool for social data after the Census, reveals that 1.5% percent of the UK's population is gay, a number much smaller than previously estimated, the Guardian reports: 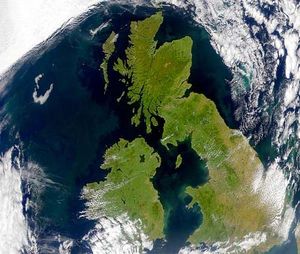 "The findings, based on interviews with more than 450,000 people – …show that an estimated 481,000 people regard themselves as gay and a further 245,000 – mainly women – say they are bisexual. The estimate puts Britain's gay community at 1.5% of the total population – much lower than the most commonly used estimate of 5% to 7%, which was cited by ministers introducing civil partnership legislation and implied a non-heterosexual population of 3.5 million. The ONS said the higher estimate was based on different sampling methods and responses to questions about sexual attraction and behaviour both in the past and present. The latest detailed figures show that gay people are much more likely to be in managerial or professional occupations – 49% compared with 30% for straight workers – and better educated, with 38% holding a degree. Their age profile is also much younger than the rest of the population, with 66% under the age of 44 and 17% aged 16 to 24. Just over 45% of the gay community are cohabiting, although only 8% live in a household with at least one child present. A third of bisexual households include at least one child. London is home to the highest concentration of gay people at 2.2% of the population, while this proportion falls to 0.9% in Northern Ireland."

"We warmly welcome these figures as Stonewall’s pushed for this information for some time. However this is the first time that people were asked and data collection happened on doorsteps or over the phone, which may deter people from giving accurate responses – particularly if someone isn’t openly-gay at home. Stonewall now works with 600 major employers and their experience is that these statistics increase when you regularly ask about sexual orientation as part of general monitoring information. We’d expect to see these figures increase over time as people’s confidence in the survey grows and sexual orientation becomes a routine part of data collection."