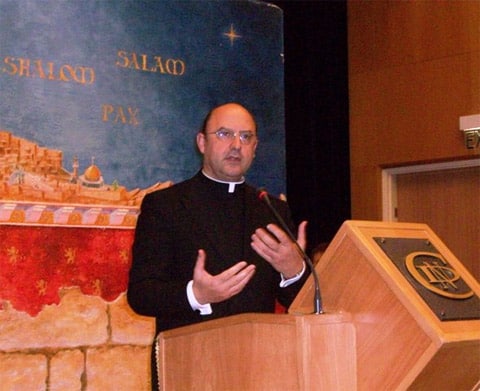 Father Gonzalo Miranda used a new metaphor to describe gay marriage at a press conference on Wednesday, On Top reports:

“A gay relationship is like decaffeinated coffee, you do not wake up."

"The marriages of gay and lesbian couples are an imitation, the bishops said, Mexico's El Universal reported. Miranda, along with Monsignor Elio Sgreccia, president emeritus of the Pontification Academy for Life in the Vatican, are in Mexico participating in a series of academic conferences commemorating the 20th anniversary of the founding of the School of Bioethics at the Universidad Anahuac in Huixquilucan state."

Added Miranda: What just happened in California is very significant. On two occasions people spoke out against the legal recognition of gay marriage and twice a judge changed the popular vote with a ruling. In Mexico, I don't know well the mechanism used, but the people were not consulted, there's wasn't a referendum either.”