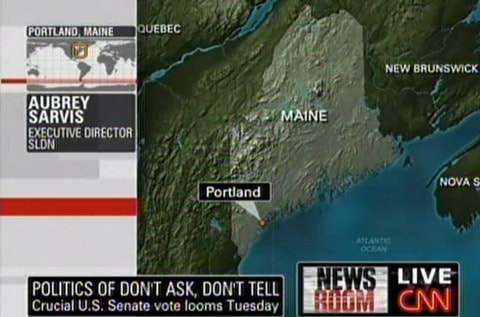 CNN has been covering the "Don't Ask, Don't Tell" vote set for this week and the rally headed by Lady Gaga scheduled for this after noon in Portland, Maine.

Meanwhile, the search for 60 votes continues, with moderates seeking concessions from Harry Reid: