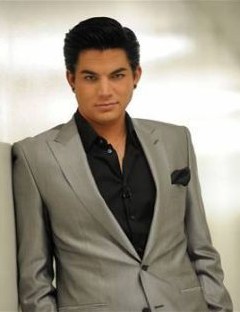 PAS, which has about one million constituents, launched a protest against an upcoming Lambert concert in Malaysia because of the singer's same-sex ways.

Said PAS youth leader Nasrudin Hasan: "Adam Lambert's shows are outrageous, with lewd dancing and a gay performance that includes kissing male dancers, this is not good for people in our country."

In light of the outrage, Lambert now says he will make "minor adjustments" to his performance. "While I don't believe that my Glamnation tour is in any way offensive, I have agreed to make a few minor adjustments out of respect for the Malaysian government," wrote the singer.

Lambert later elaborated, telling reporters that he's making the changes out of respect. "[My] main goal is to keep people entertained — not to make them uncomfortable," he explained. "It’s something I’m doing out of respect. It’s just one little thing. Man kissing another man is something that government really doesn’t appreciate."

Previous Post: « Alabama School Board Fails To Engage Anti-Gay Bullying Debate
Next Post: Does ‘Sharia Law’ Have A Place In American Politics? »