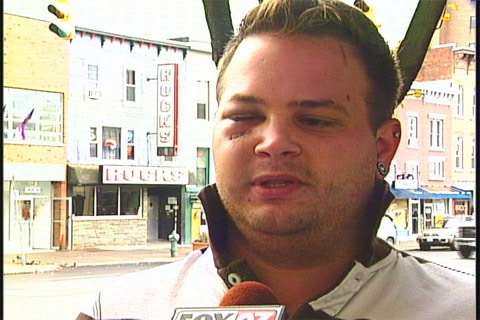 An Albany man says he was the victim of an anti-gay attack by a pizza shop employee:

Webster received six stitches, a black eye, and is concerned about the sight in one eye.