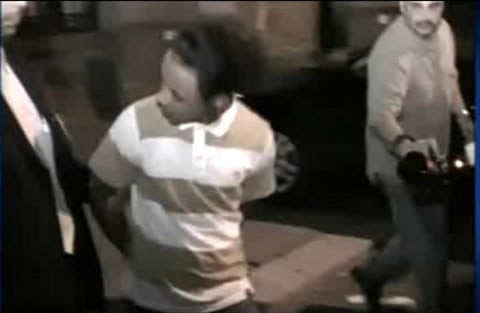 An 11th suspect in the anti-gay Latin King Goonies attacks in NYC's Bronx was arrested last night and is to be arraigned today, WPIX reports:

"A man who police say wrapped a chain around his fist and beat someone because he suspected him of being gay goes before a judge to account for the alleged crime. Luis Garcia is the eleventh arrested suspect in what's being called the worst gay hate crime in New York City in memory. Garcia will be arraigned in Bronx Criminal Court Friday." 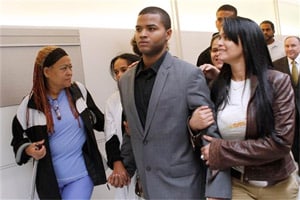 Meanwhile, the 10 other suspects appeared in court yesterday, with their attorneys proclaiming them innocent, the AP reports:

"The 10 men appeared one by one before a judge in the Bronx as prosecutors said they were ready to present evidence to indict them on various charges including assault, sexual abuse and harassment, all as hate crimes. Authorities say the Oct. 3 attacks at a Bronx home were touched off because gang members thought one of their recruits was gay. A 17-year-old was beaten and sodomized with a plunger handle, police say. Another 17-year-old also thought to be gay was attacked, and a 30-year-old and his brother were beaten as well. Their laywers said they are innocent. 'Please stop running to judgment,' said Sanders Dennis, attorney for alleged ringleader Idelfonzo Mendez. 'Stop making him a monster. Let the system play it out.'"

Watch the WPIX report, AFTER THE JUMP…