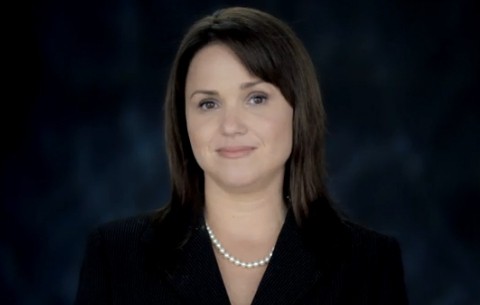 Delaware Senate candidate Christine O’Donnell, a Republican who claims homosexuality’s an “identity disorder,” has released yet another “I’m You” add.

This time, O’Donnell focuses on her everyday, Main Street credentials. “I didn’t go to Yale,” explains O’Donnell, which is a bit funny, since she was recently accused of lying about attending Oxford.

The 30-second spot comes just days after the candidate told us all, “I’m not a witch.”