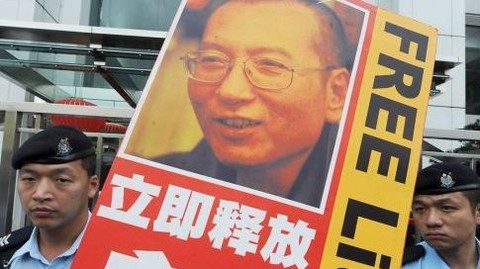 Chinese Activist Liu Xiaobo has been granted the Nobel Peace Price for his “long and nonviolent struggle for fundamental human rights in China.”

Unfortunately, Liu won’t be able to fly to Oslo to receive the award, for he’s currently imprisoned by the Chinese government, which disapproves of his pro-democracy dissidence and called the award a “blasphemy.”

“Liu Xiaobo is a criminal who has been sentenced by Chinese judicial departments for violating Chinese law,” said the nation’s Foreign Ministry.

For its part, the Norwegian Nobel Committee insisted China, with its new economic might, must use its power for good, rather than repression: “China has become a big power in economic terms as well as political terms, and it is normal that big powers should be under criticism,” said the committee’s chairman, Thorbjoern Jagland.