Yesterday, the LA Times published a piece on Seth Walsh, the 13-year-old from Tehachapi, California who hanged himself last month after being harrassed by several bullies, and his mother Wendy. The heart-breaking article details the events that led up to Seth's suicide as he walked home from a local K-mart. 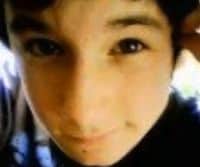 Accounts vary as to what happened next. There was a confrontation, according to the police. Four or five teens started to follow Seth, and he called his mother asking her to pick him up. She later told Jim and Judy that he sounded scared. But Wendy was studying at the time. She had been taking classes in Bakersfield, hoping one day to be a paralegal. She had grown accustomed to hearing fear in his voice and told him to walk home. It was less than a mile.

Not long after, he called again, and she agreed to meet him. When she arrived, she saw a group of teens, some of whom started to walk away. According to his grandparents, he was especially hurt that one of his friends who was there did nothing to help him. Once home, Wendy went back to her studies. Seth took a shower and later asked his mother for a pen. His younger brother, Shawn, was playing on the computer.

At some point, Seth had gone to the backyard. When Wendy took a break for a cigarette, she saw that he had hanged himself from a tree.

Has there been a sudden outbreak in suicide among gay teenagers or is the media finally paying attention to the massive problem? I spoke to Dave Reynolds, a Sr. Public Policy and Research Manager at The Trevor Project, who had this to say: "From what we know and can tell, there has not been an increase in suicide completions among lesbian, gay, bisexual transgender and questioning (LGBTQ) youth over the past few weeks.  Sadly, there are likely this many deaths every week, but the media and the general populace are just starting to realize the depth of this public health and social justice issue."

Reynolds also revealed that 2/3 of all callers that come into the Trevor Project's suicide prevention line are from non-urban areas in the United States, a vast majority from southern and midwest states. He also confirmed that one of the most common issues from callers to the line is the bullying they regularly encounter. "The research available clearly shows a link between being the victim of anti-LGBTQ bullying and making a suicide attempt—our stories from the Lifeline and other services sadly reinforce this tragic link.  Also, youth who are transgender, gender non-conforming or gender variant face a particularly tough time at school," he told me.

Last night, hundreds of people gathered in the Castro to call attention to the problem. Watch a news clip of the "Stand Up To Youth Suicide" event, AFTER THE JUMP.