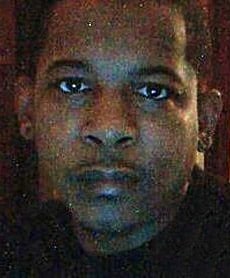 I've been working on the story of another sad ending to a promising young gay life this weekend.  Joseph Jefferson, a 2002 graduate of Harvey Milk High School, POCC and GMAD worker, and assistant to LGBT event promoters Laurence Pinckney and James Saunders, died by suicide yesterday at the age of 26.  Mr. Jefferson, whose Facebook page includes these words, written by him, could not bear the burden of living as a gay man of color in a world grown cold and hateful towards those of us who live and love differently than the so-called "social mainstream".  Mr. Jefferson wrote:

"Belonging is one of the basic human needs, when people feel isolated and excluded from a sense of communion with others, they suffer. I have been an advocate for my peers and most importantly youth because most have never had a deep emotional attachment to anyone. They don’t know how to love and be loved in return. The need to be loved can sometimes translate to the need to belong to someone or something. Driven by that need….. Most will do anything to belong."

As an advocate for LGBT youth, Mr. Jefferson surely made a positive impact onb those he met and counseled.  But this same nurturing and enrichment he offered to others, was absent in his own life to such a degree, that he felt the only way to deal with the pain of his existence was to end it.

Antoine Craigwell reports, on AlterNet: "Pinckney said that Saunders and GMAD are collaborating to hold an event: “Celebration of Life – Stop the Madness” at the LGBT Center on Friday, from 6 – 8pm, to raise funds to assist with Jefferson’s funeral expenses, during which those who are active in the community would speak about the crisis in the Black gay community."