Michigan statehouse candidate Gary Glenn, who is also the President of the Michigan chapter of the American Family Association, really wants voters to know that Kevin Cotter's opponent Toni Sessoms is gay, despite the fact that Sessoms is out. 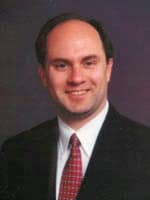 "An otherwise obscure statehouse race in Midland County, Michigan, may be home to the most remarkable robocall of the election cycle — put up by a social conservative group, it drops the word 'homosexual' ten times. Over the weekend, Gary Glenn, the chairman of the Campaign for Michigan Families, released a robocall attacking the Democratic candidate in the race, Tony (sic) Sessoms, as a stooge for the 'homosexual activist agenda.' Sessoms is openly gay. But if a voter didn't know that, they certainly got the point after getting Glenn's call…Glenn's campaign is micro-targeted towards re-affirming support for Michigan's marriage protection amendment (which he helped author), outlawing same-sex marriage in the state. But there is no subtlety to the script. For good measure, Glenn used the word lesbian and transgender to bring his inferences of homosexuality to a solid dozen."

Listen to the robo-call, AFTER THE JUMP…