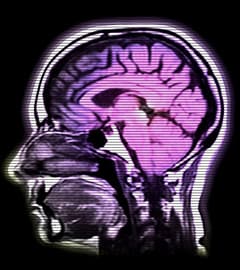 With Carl Paladino's gay "brainwashing" scandal bringing up the always controversial question of whether homosexuality's a choice, Harvard neuroscientist Simon LeVay's celebrating the publication of his new book, Gay, Straight, and the Reason Why: The Science of Sexual Orientation, which sheds more light on that very inquiry.

LeVay achieved fame in the 1990s for publishing a study, often called "the gay brain" report, which revealed that the third Interstitial Nucleus of the Anterior Hypothalamus in heterosexual men was twice as large as the one found in gay men's brains.

His work launched a new wave of biological examinations into human sexuality, and this new book contains the findings for more than 650 such studies.

“When I conducted my initial findings in 1991 and wrote ‘The Sexual Brain’ in 1993, there was no science to really talk about,” remarked LeVay. “The new book details the weight of the evidence, which is a lot stronger now, and bolsters my initial conclusion that homosexuals have a predisposition to being gay.”

Of course all these answers bring up even more questions, including the ultimate conundrum: once science has proven once and for all that homosexuality is a choice, how long before someone starts fighting to take that choice away? Paladino, any comment?