A federal judge has dismissed a lawsuit by four Rochester, New York police officers who were accused of anti-gay conduct in 2007. 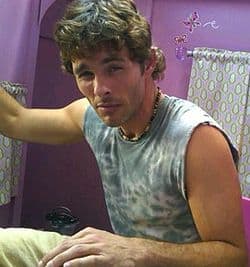 Modern Family's Eric Stonestreet tweets a photo of James Marsden who will appear on the show as a neighbor whose favorite activity is removing his shirt.

Christine O'Donnell on her many, many television appearances during her youth: "In the 90s I looked at all of those TV opportunities as a ministry opportunity, as an opportunity to share my new-found faith with a television audience that otherwise would not be watching, you know when I would go on 'Politically Incorrect.' If I were planning to run for office in 10, 15 years I would have been much more guarded, not that I regret anything I've said."

An anonymous donor spent a million dollars so they could send 400,000 DVDs to every Catholic household in Minnesota. One soundbite from the DVD: “At best, so-called ‘same-sex marriage’ is an untested social experiment, and at worst, it poses a dangerous risk with potentially far-reaching consequences.” 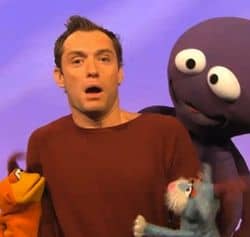 Some may doubt that this season of Sesame Street has become more gay, but muppets clinging to Jude Law isn't helping that counter argument.

Christians Eunice and Owen Johns were banned from becoming foster parents due to their anti-gay views. They're now taking their case to the High Court in the UK and claim that Christians are being forced to put their beliefs into the closet.

Post-DADT repeal might affect retired military chaplains: "If a chaplain preaches against homosexuality, he could conceivably be disciplined as a bigot under the military's nondiscrimination policy, the retired chaplains say. The Pentagon, however, says chaplains' religious beliefs and their need to express them will be respected."

That Rand Paul supporter who stomped on the head of a MoveOn activist earlier this week has been charged with fourth-degree assault.

Previous Post: « Georgia Megachurch Pastor Comes Out
Next Post: Thousands Show Up At Rally In DC To Help ‘Restore Sanity’ »