The Palm Center fired the latest salvo in the DADT saga today, a Freedom of Information Act request. 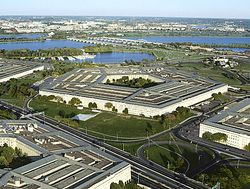 A press release from the group says:

"Today, the Palm Center submitted a Freedom of Information Act (FOIA) request asking the Department of Defense for reports and data which show the 'consequences' from the two-day injunction of Federal District Court Judge Virginia Phillips. The injunction barred discrimination against gay and lesbian troops under the “don’t ask, don’t tell’ law. This period marked the first time in 65 years that the United States was without a formal ban on homosexuals in the military. The Department of Justice is expected to request a stay to Judge Phillips’ injunction, reinstating the ban, as soon as today."

The Palm Center’s FOIA requested any negative outcomes that might fall under the “enormous consequences” suggested by Secretary Gates. This request included documents related to:

(a) detriments to unit cohesion;
(b) anti-gay harassment;
(c) resignations due to the policy change;
(d) morale problems;
(e) privacy concerns;
(f) adjustment problems of any nature;
(g) leadership challenges;
(h) inappropriate conduct of any nature; and
(i) any other negative consequences.

The Palm Center notes that a transition to open service might likely experience the most minor issues in the early stages of implementation. As a result, this request regarding the first 48 hours (or so) is seen as an appropriate test for open service implementation.

Said Palm Center Director Aaron Belkin: “Our troops are professional service members who adapted very well yesterday to this temporary suspension of ‘don’t ask, don’t tell’. I expect the Pentagon to confirm that there were no reported difficulties. Secretary Gates’ suggestion that ‘enormous consequences’ await any immediate implementation of openly gay service stands in stark contrast to the evidence from other foreign militaries. Swift change and strong leadership were identified as the two key elements to this process. America is unique but we will not be the first nation to allow openly gay service, we will be the twenty-sixth.”

Yesterday, in response to the injunction, Defense Secretary Robert Gates said that an "abrupt" dismissal to the policy would have "enormous consequences" and criticized letting courts decide policy.