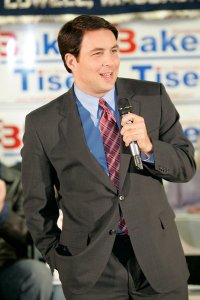 GOP Politics evaluates the Tisei and Baker: "The GOP ticket is led by Charlie Baker, a fiscal conservative who supports marriage equality, and State Senate Minority Leader Richard Tisei, an openly gay candidate for lieutenant governor.  Not only is the GOP ticket in Massachusetts the most LGBT-friendly the Republican Party has ever fielded, but in this liberal bastion they’ve provided the Republican Governor’s Association (RGA) with a real pick-up opportunity."

Also, the Victory Fund has stated their support for the state senator: "Tisei has earned the respect of his colleagues and stands an excellent chance of becoming the party’s nominee for Lieutenant Governor if he can beat back the forces of intolerance on the extreme right wing of his party.  A group has emerged that’s urging Republican voters to reject Tisei because of his strong support for marriage equality, his support of teachers and because of his pro-choice stand."

Tisei himself noted that he has the potential to make history when speaking to the Martha's Vineyard Times last month: "People judge you on your performance," and not completely hiding his pride, added, "To tell you the truth, if I'm elected, I'll be the first gay office holder statewide, and the highest ranking in the country —unusual for a Republican."

You may remember that while Baker supports gay marriage, he and Tisei disagree on a Massachusetts transgender anti-discrimination bill.