Anti-gay bullying is being blamed for the suicide of 14-year-old Brandon Bitner of Middleburg, Pennsylvania on Friday. Bitner walked 13 miles before throwing himself in front of a truck, the Daily Item reports: 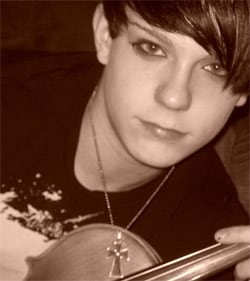 Freshman Brandon Bitner, 14, of Mount Pleasant Mills, ran in front of the truck at 3 a.m. near Liverpool, according to state police at Newport. The boy’s family discovered him missing at 3:45 a.m., and contacted police.

The road was closed for about three hours after the crash.

There seems to be little doubt in the students’ minds why Bitner did what he did. “It was because of bullying,” friend Takara Jo Folk wrote in a letter to The Daily Item. “It was not about race, or gender, but they bullied him for his sexual preferences and the way he dressed. Which,” she said, “they wrongly accused him of.”

His death came just days after an anti-bullying assembly at the high school, which, according to district Superintendent Wesley Knapp, was not held in response to any specific problems at the school, but because it is an issue Principal Cynthia Hutchinson has always felt strongly about. After the assembly, according to student Briana Boyer in another letter to The Daily Item, “No one took it seriously, and joked around about it.”

Former Midd-West student Erin Barnett sent a letter as well, blaming the school, saying that when students report bullying, “Nothing is done.”

Bitner was reportedly a talented musician. The school has provided a counseling center for students.