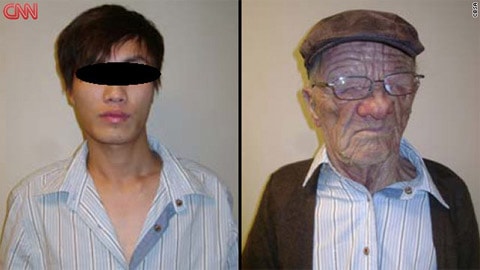 A young man on a flight from Hong Kong to Vancouver fooled airport security authorities by disguising himself in a silicone mask of an old man, which he then took off during the flight.

The incident occurred on October 29 on Air Canada flight AC018 to Vancouver originating in Hong Kong. An intelligence alert from the Canada Border Services Agency describes the incident as an "unbelievable case of concealment."

"Information was received from Air Canada Corporate Security regarding a possible imposter on a flight originating from Hong Kong," the alert says. "The passenger in question was observed at the beginning of the flight to be an elderly Caucasian male who appeared to have young looking hands. During the flight the subject attended the washroom and emerged an Asian looking male that appeared to be in his early 20s."

After landing in Canada, Border Services Officers (BSOs) escorted the man off the plane where he "proceeded to make a claim for refugee protection," the alert says.

The man is currently being detained by CBSO.