A second Croatian football official has spoken out against gays in the sport, reacting to remarks by Football Federation President Vlatko Markovic that gays would never play on the national team and that "only normal people play football." 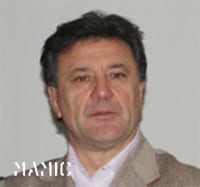 "I would not have Gay people playing in my national team either. Gay people are for ballet. They can be journalists or writers. They would never put their head in front of a football boot."

The UEFA has already opened a disciplinary investigation into Markovic's remarks.