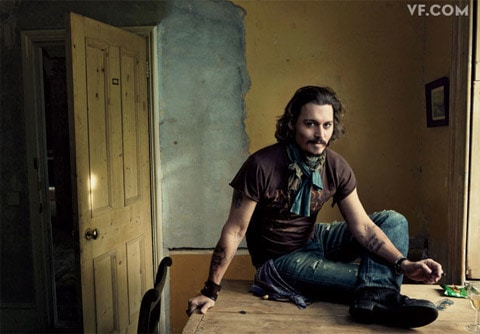 In a new profile in Vanity Fair, Johnny Depp discusses Disney's dislike of his Pirates of the Caribbean character Jack Sparrow.

The studio questioned him about the character's sexuality, and he responded by telling them that all the characters he plays are gay:

“They couldn’t stand him. They just couldn’t stand him,” Depp says of Disney’s reaction to his controversial interpretation of Sparrow. “I think it was Michael Eisner, the head of Disney at the time, who was quoted as saying, ‘He’s ruining the movie.’ Depp reveals to Smith, however, that he remained unfazed by the studio’s hysteria. “Upper-echelon Disney-ites, going, What’s wrong with him? Is he, you know, like some kind of weird simpleton? Is he drunk? By the way, is he gay?… And so I actually told this woman who was the Disney-ite… ‘But didn’t you know that all my characters are gay?’ Which really made her nervous.”